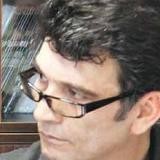 Hossein Mesbahian, former post-doctoral fellow at the University of Toronto, is now an assistant professor in the Department of Philosophy at the University of Tehran, Iran, working on the project “Disciplining Philosophy in Iran: Past and Future.” His research over the last decade has focused on non-Western perspectives on Western contemporary continental philosophy and philosophical issues, notably examining concepts of subjectivity, universality, modernity, identity, university, and the future of philosophy as a discipline.